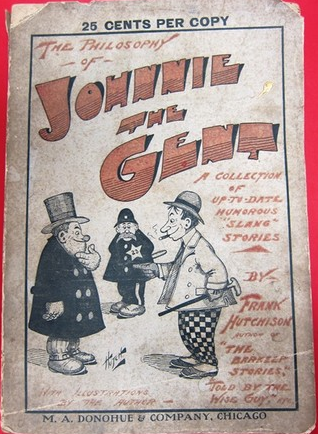 Welcome to the fourth and latest update to the online version of Green’s Dictionary of Slang. This represents our first anniversary: just over one year since the site launched in October 2016.

Research over the last three months has added 351 new slang terms, 465 entries have been predated as to their currently recorded ‘first use’ and over 2,300 citations – including ante-dates, inter-dates and post-dates to reflect the continuing use of many terms –  have been uploaded. The database currently offers 54,718 headwords (within which are nested over 133,000 discrete words and phrases, underpinned by a total of 628,000 citations). All of this new material can be seen by subscribers; the changes that are reflected by the predates  are also shown in alterations in the approximate dating used in the absence of citations: for instance ‘late 19C’ to ‘early 19C’, ‘1980s+’ back to ‘1940s+’, and so on. But as ever, for those who want or need to access the detailed heart of the data, we have to recommend a subscription.

For an overview, in chronological order, all users of the dictionary can go here. This uses the same software as the Timelines of Slang. New terms are marked in red, ante-dates in blue.

Recent research has looked as usual at a range of newspapers – British, Australian and American – from which come many ante-dates and for modern material at a number of current glossaries of Multi-Ethnic London English (MLE) taken from on-line sources. The update has also looked hard at the work of one specific author, hitherto quite unknown to GDoS: Frank Hutchison. Hutchison whose output, and seeming capacity to use slang terms before any contemporary got around to incorporating them in his or her work, would unarguably qualify him as a Hero of Slang if we only knew more about him. But we do not, other than that in the 1890s he was the sports editor of the Chicago Daily News (for issues that infuriatingly are not yet digitized and on line) and author of at least three books: The Barkeep’s Tales (1896) billed as a collection of his regular humour columns, also in the Daily News, The Philosophy of Johnnie the Gent (1905) which also was probably taken from columns but there is no available evidence, and Told By the Wise Guy, unfound other than in a mention on ‘Johnnie the Gent’s’ cover. There is a tantalising ‘etc.’ after this list on that same cover but again: no luck there.

What we can do is slot Hutchison (whose surname was [mis]spelt Hutcheson on at least one book cover) into a well-established genre of American writers who moved from reporting sport’s facts to creating heavily slang-ed fiction. Damon Runyon, Ring Lardner, Arthur ‘Bugs’ Baer and Charles Van Loan. One should add a pair of cartoonists: Among them Bud Fisher (creator of Mutt and Jeff) and ‘Tad’ Dorgan, both of whom began life covering sport. As Runyon’s ‘guys and dolls’ make clear, there was no need to stick with sport. Sometimes, as with Lardner’s baseball tales of pitcher Jack Keefe,  they did so, but turned it into fiction, well-basted with generous helpings of the counter-language.

Writing in American Speech in 1927 Harold E. Rockwell explained the sportswriters’ trade, and its links to slang.

‘[T]he sporting writer— Facts to him are incidental. […] He is a freebooter. He goes into the street for his slang; he invents words when the dictionary fails him; he writes what is in his head, how and as he wishes. […] The sporting writer serves a clientele which is not so much concerned with facts as with good, rollicking tales of the diamond, the mat, the gridiron, and the boxing ring. His readers want color, they demand color, and usually they get color. To retell the thrilling moments of a boxing match in a manner appropriate for an account of a Rotarian convention would be folly. The misguided sporting writer would lose both his readers and his job. Of all the sporting writers, he who pictures the stirring battles of the ring is the breeziest. He knows no restraint. Slang, he uses in full measure, and his readers like it; they adore it and the slangier he is, the higher is he held in their esteem.’

The genre never crossed the Atlantic. The slang/sport duopoly certainly existed earlier in the century, typified by Pierce Egan, chronicler of prize-fighting’s ‘Fancy’ and its ‘flash’ lexicon, but all that had faded. There was a sporting press, notably the Sporting Times (the ‘Pink ’Un’) but that stayed pretty much with prize-fighting and the turf; and for all that the paper had created the original ‘Ashes’, cricket, of course, was too sacred for sordid slang. As the century turned slang in the UK remained something slightly alien (best left to Cockney walk-ons), circumscribed by quotation marks, ready to be plucked from the page with metaphorical tweezers, and observed, somewhat askance. It would take a World War to change that.

Where Hutch[ie]son shines is in the impressive list of ante-dates he provides. Such things are fluid, infinitely mutable and subject to on-going research, but as of this update his two books give 137 ‘first uses’ out of 326 citations. Among them are booze grafter (one who obtains drink for free), beeswax! (nonsense!), busy as a bird dog, Dutchman (a barkeep, commonly a German at the time), Hogan’s goat (one who ‘butts in), knockout, a drug that renders a drinker unconscious, a ‘Mickey Finn’), joseph (aware), live one ( the ideal victim for a proposed hoax), reader (an arrest warrant), skidoo! (go away!), stick-up (an armed robber), white stuff (morphine) and yellow (a telegram). In addition he recorded slang that, at least in GDoS, is wholly new. Examples include: Brooklyn boys (delirium tremens), have (someone) in the deep (to confuse), the hulls (the shell game or ‘find the lady’), Irish monte (a form of con-game), lamp (a bottle), lobster (in the context of obtaining money, one who is a waste of effort), penitentiary (a pawnbroker’s), staff up (to suborn or bribe), stem story or stem spiel (a fantasy, the stem being that of an opium pipe) and take a French (to wager, to take a bet).